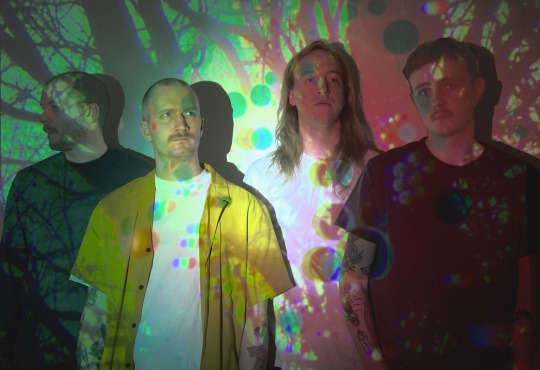 I’ve been following MOON COVEN for a long time. Just how long? Well, long enough to remember that they were once known as Waning Moon. Then came their amazing 2013 EP, ‘Amanita Kingdom’ (2013) with its irresistible “Ruler of Dust” – and a love affair was born.

In fact, Doomed & Stoned’s first award designation (“Song of the Year”) was given to Moon Coven for that single in 2014. In 2016, we included the swedish psychedelic doomer’s self-titled full-length debut on our list of the “Big Bad Best of ’16”. Thus, I was happily surprised when Moon Coven recently signed to Ripple Music for a second LP. All three of us seem to have grown up together as the doom-stoner scene has exploded exponentially in growth over the past decade. 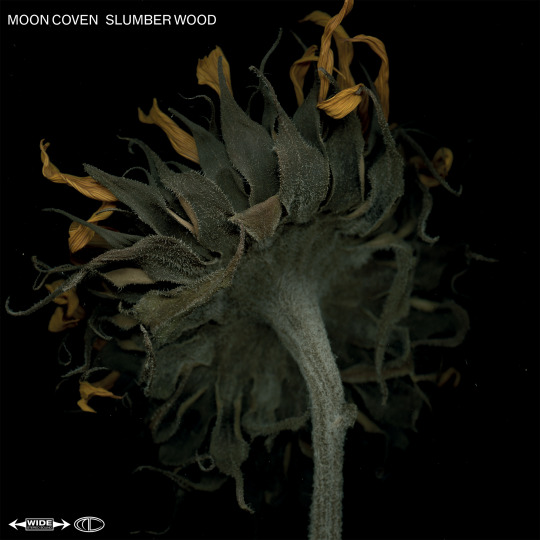 Now the record I’ve been waiting for finally is out! Longtime members David Leban (guitar, vox), Justin Boyessen (guitar), Axel Ganhammar Fredrik Dahlqvist (drums) return with their second full-length, ‘Slumber Wood’ (2021). The record is fresh, earnest, and replete with a passionate doom sound (now there’s two words I never thought I’d pair together: “doom” and “passion”), not to mention the mysterious, dreamlike quality of it all.

Every time I listen, I feel like I’m in the middle of one of those deep-sleep visions that seems just as real as the wide-awake world, yet uncanny and surreal in its own uniquely odd way. Were a fantasy like The Wizard of Oz to receive a contemporary reimagining, I’d recommend Moon Coven write the score.

Obviously, I have a great deal of respect for what Moon Coven has created and Slumber Wood is no exception. The album continues the band’s tendency for writing mood-altering mind-benders that are grounded in genuine emotion, buttressed by earth-shaking riffage.

Today, Doomed & Stoned is premiering the music video “Further,” which opens the record’s near 43-minute spin. Bathed in a sublime pink aura, the band unfurls this dark, forlorn number with soaring vocals and deadly downtuned leads, as acid bubbles blossom around dreams of solitary walks through the cold, lonely woods. The song makes me long for better times, further removed from the harsh realities of present day life.

Moon Coven are a Swedish stoner rock band whose deep understanding of the classics and their passion for fuzz make for a distinct and potent sound. Having formed out of the desire to get back to their musical roots, Moon Coven documents the musician’s journeys both as individuals and as friends. The band’s sound is a fusion of genre staples like Black Sabbath and Acid King with the progressive magic of Pink Floyd and the psychedelic influences of The Black Angels. They are currently gearing up to release their brand new album, “Slumber Wood” on Ripple Music in 2021.

Having opened for bands like Uncle Acid & The Deadbeats, Monolord, Blues Pills and Jex Thoth – Moon Coven knows what it means to share the stage with the best of the best. It was this same attitude that they brought on their three European tours as well as to festivals like Krokbacken, Children of the Sun fest or the legendary Red Smoke Festival in Poland! As work wraps up on their third album, it seems like at long last the early promise of these Swedish riff masters is becoming fulfilled and pointing towards bold new futures. 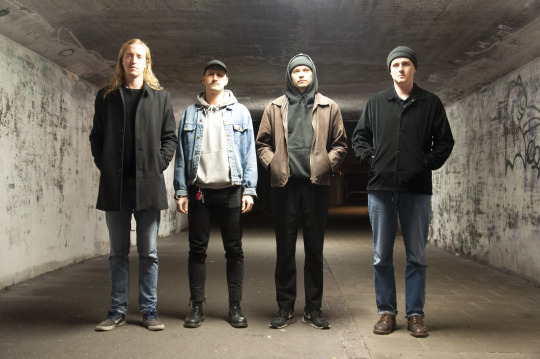 The band have already looked beyond 2021’s “Slumber Wood” though. They are deep in the process of writing a fourth album. This period of intense creativity for Moon Coven belies their goal of continuing to create heavy music together for years to come. As for now though – fans have a veritable storm of fuzzy riffs descending upon their eardrums in just a few months time. “Slumber Wood” will be Moon Coven’s first new album in five years and they promise that it will have been worth the wait. The journey back to their roots is nearly complete!